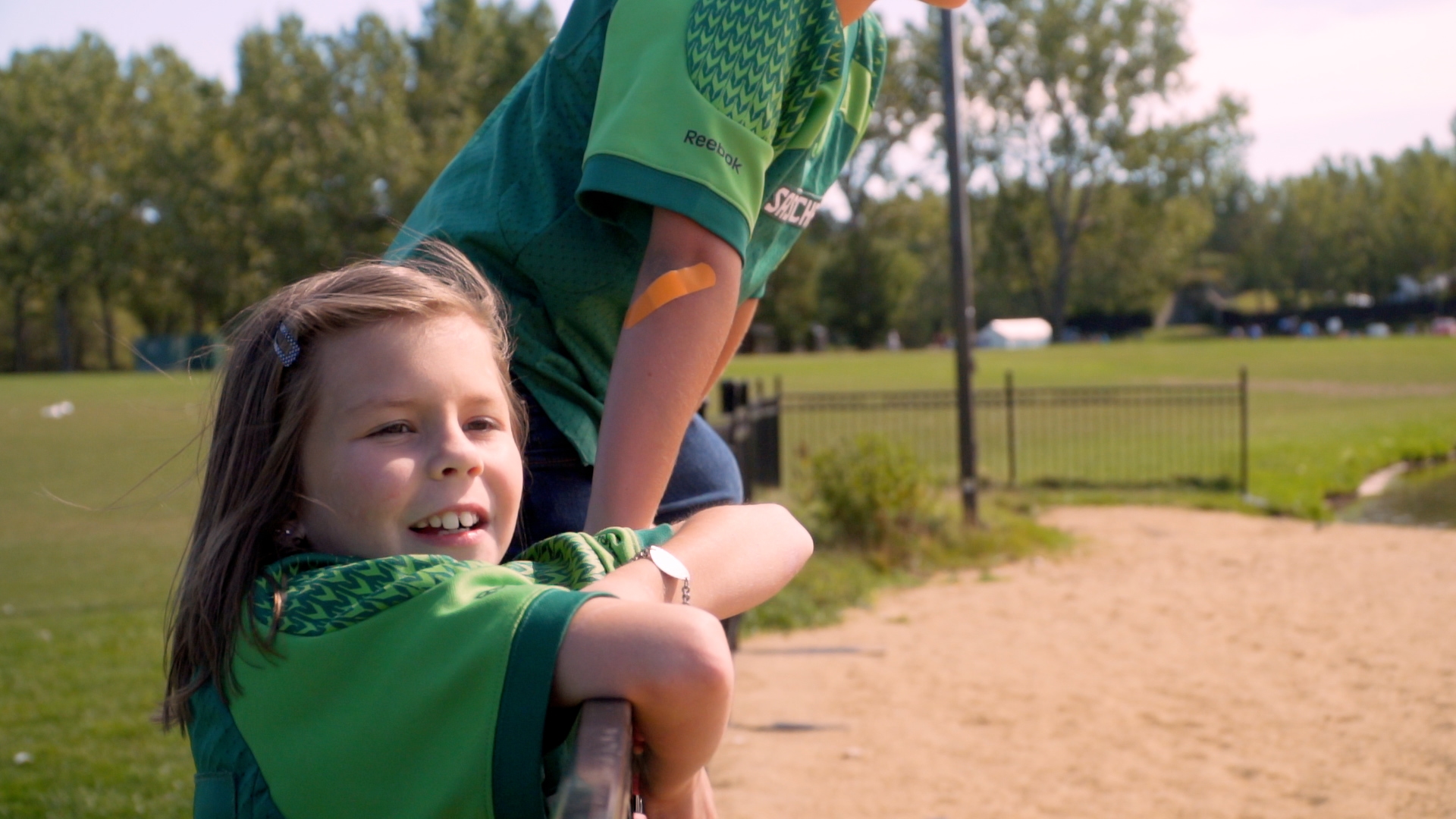 “Everything you do… is helping the next person.”

We’ve been coming to Edmonton [from Saskatchewan] quite a bit in the past year because of Jillian’s psoriasis. In kindergarten, she’d actually gotten strep throat, and then got what they call guttate psoriasis. It’s quite common apparently when you get strep throat. We had lots of trouble trying to get her out the door for school, [as she experienced] lots of bullying. One student had put a note on the ground saying Jillian should die.

When we first started the trial, she didn’t have eyebrows. The psoriasis was so thick and heavy over them that you couldn’t see them. We heard about this drug trial through Jillian’s dermatologist in Regina. She had a meeting with Dr. Fiorillo and they were talking about this drug trial. She was so excited, she actually phoned at about 10:30 at night, because she was so excited that Jillian could be part of this trial.

We got her enrolled, and it’s been life-changing for her. It’s huge, I didn’t realize it, but when we started this drug trial, it was all about Jillian, and that was the reason we came out [to Edmonton]. But we never actually realized how big it was and how much of an impact it has on everyone. Because everything you do in the drug trial is helping the next person, and that’s huge. Just Jillian being able to go to school; she’s anxious to get back to grade four. She’s gotten her self-confidence back, she has friends, and she never had friends before.