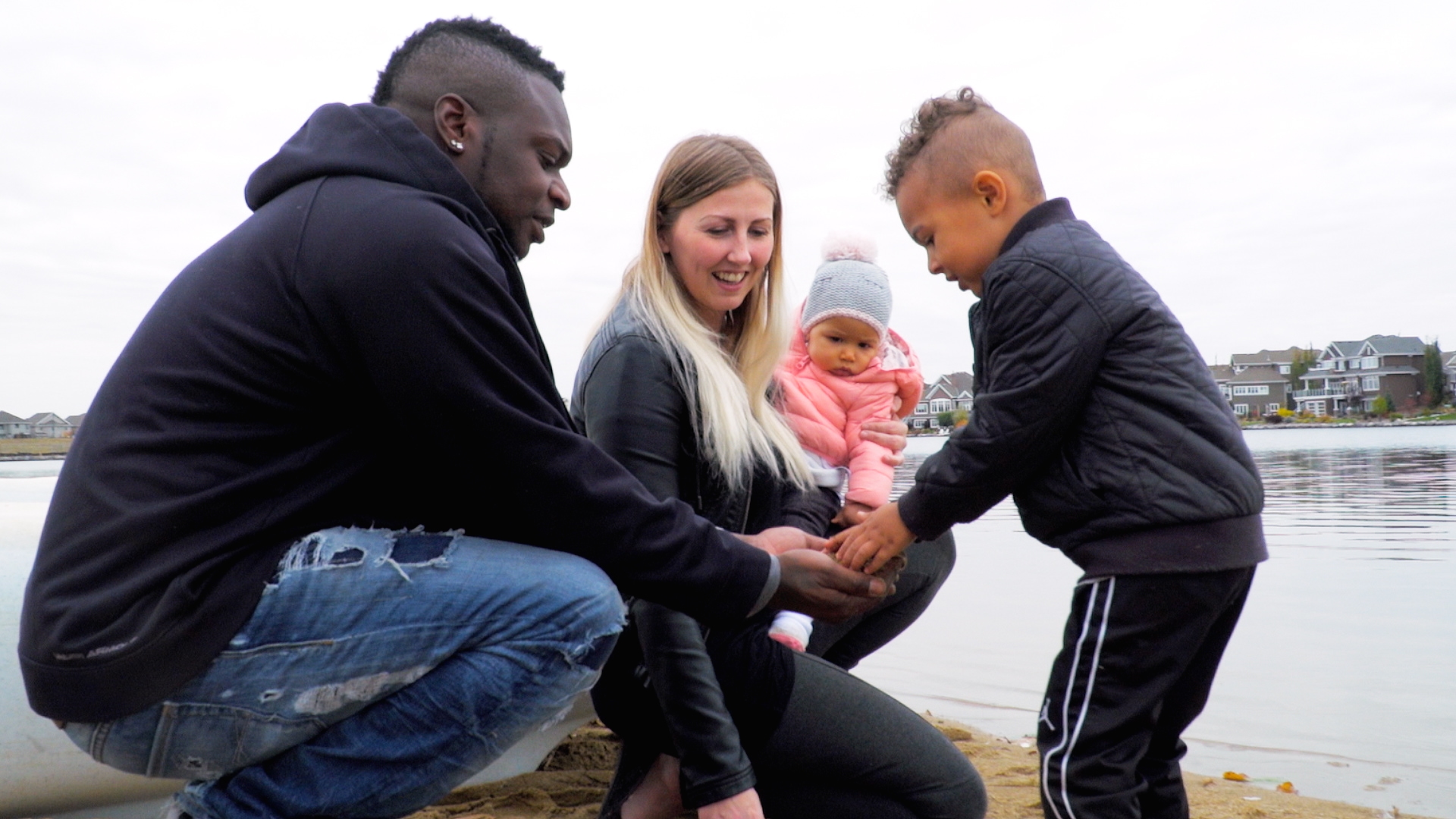 “As a parent of two very young children… my voice matters.”

First and foremost, I’m a mom. That is my number-one job, my most important role in my life. Two small children: my son is three and my daughter is eight months. As a mom, it’s my job to make sure that my kids are heard. I’m their voice, and nobody can speak for them but me. And that is my job. And I take it very seriously. I want the best for my kids.

I had no idea that the SPOR platform existed, and it actually came about through a family friend, Virginia, who happens to be the lead of the Alberta SPOR SUPPORT Unit. She reached out to me via email and asked if I wanted to be a part of a study concerning pediatric respiratory problems and letters issued to patients’ parents after every visit. My son does have asthma, but it’s managed. We’ve never had an issue with that. The health care system has been wonderful for us with his asthma. Either way, I decided, “You know what, she’s reaching out. I should be a part of this and check it out and see what it’s about.”

I’m a business student. I’m not a health care professional. I have zero experience in the health care system other than as a consumer. I had no idea how my input would be received. I felt inadequate walking into the room and not sure what to say, what to do. Within five minutes of going around the table and going through the introductions, all of those social barriers that you would expect to encounter… gone. They didn’t exist. I was an equal player at that table. I was equal to the researcher sitting next to me. I was equal to the doctor on the other side of the table leading the study.

It was an incredible feeling that, “Okay, I can play ball, per se, with these doctors. And we are all just humans concerned about the direction that we can take our health care system to, where… what are the potentials? And working together, we can do anything. We can make a fully functioning, effective health care system for everybody.” And that was what I took away from that first meeting.

I realized that my input actually was generating for them. It was sparking interest. And that was kind of a “whoa” moment for me, in seeing, “Okay, wait a minute, they’re interested. Maybe they hadn’t thought of this or this was overlooked,” or who knows where there [were] those discrepancies. But they were listening intensely to what I had to say. And not only were they listening, they implemented my opinions. They modified those research materials to coincide with the input that they received from the patients involved in this study. And that was incredible.