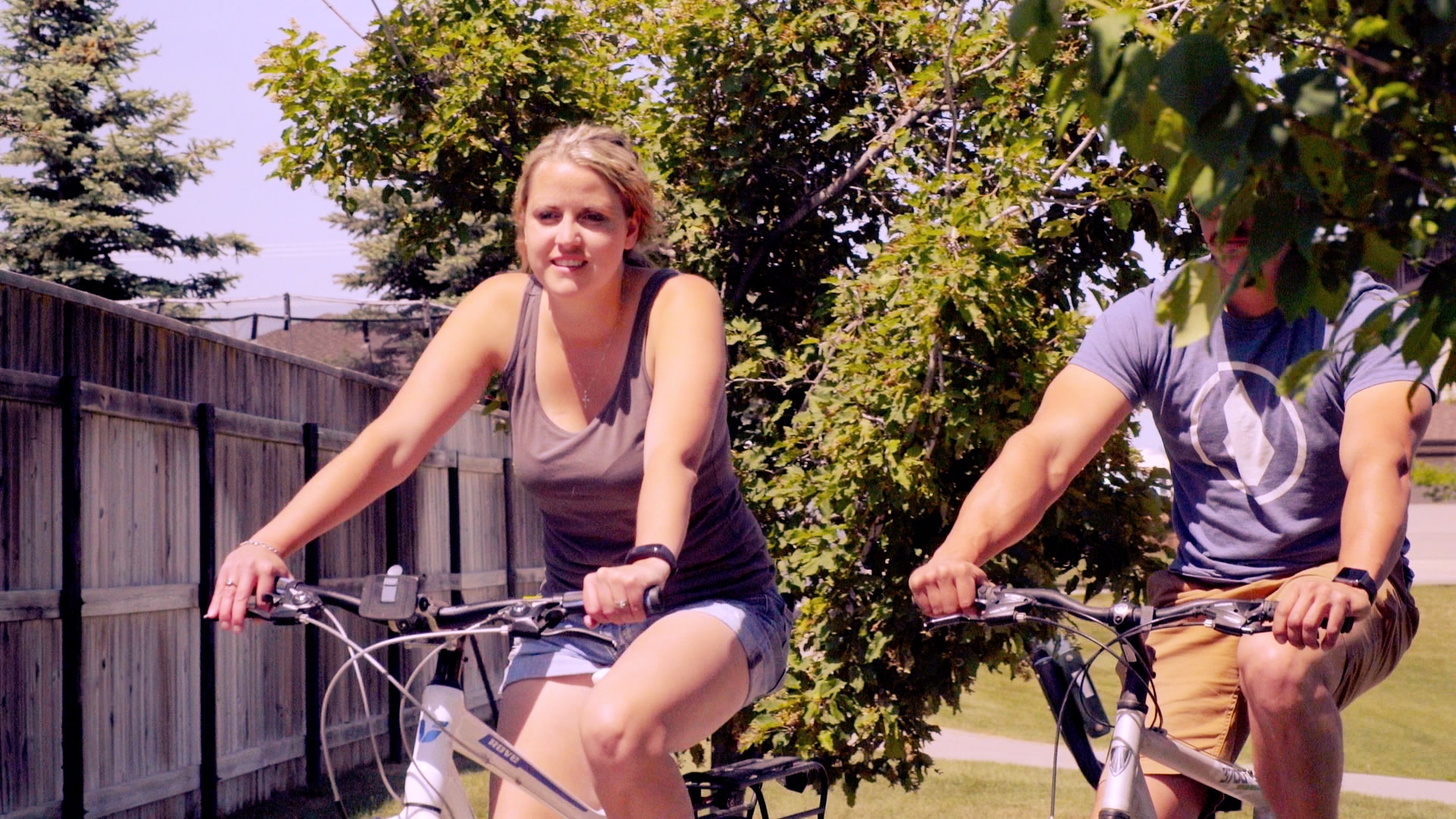 “There are no real limits anymore.”

Every year, over 1,600 Canadians are added to organ transplant waiting lists. Donor organs have to meet certain criteria to be used in transplants, so supply is scarce and some people will never receive a new organ. But now, there may be a way to change that.

A cardiac team at the University of Alberta is researching ex-vivo organ perfusion. This process takes organs out of a donor body and circulates blood and nutrients through them, giving surgeons time to repair organs that otherwise wouldn’t be suitable for transplant.

The team is headed up by cardiac surgeon Dr. Jayan Nagendran. [He says:] “Things that happen to the donor may cause normal organs not to act normally… these types of technologies allow us to look at that organ outside of the body and show that it actually does have normal function.”

When we spoke to Dr. Nagendran about his research, he told us about Karen Hamilton, a former patient with cystic fibrosis. We travelled to southern Alberta to meet Karen and listen to her story.

[She said:] “You have to somehow deal with the fact that you’re slowly dying. It’s a very unpredictable disease in that one day you feel not bad, and the next you just feel, like, run over by a bus.”

Karen was diagnosed very young, and she knew her life expectancy was only 20 to 30 years. Believing she had enough time left to start a family, Karen and her husband Brent were expecting twin girls through a surrogate. Their daughters arrived over three months early and needed an extended stay in the NICU.

During that time, Karen was hospitalized with a lung capacity of 23%. Her lungs were constantly filling with fluid. She spent her days struggling to breathe and worrying about what would happen to her daughters. Karen knew that only a lung transplant would give her the time she needed.

“I thought, you know, I have these kids and I just might leave them without a mom, but I was gonna fight and do everything we could. Because I knew it would be a huge surgery and I knew that this surgery might mean death, but I knew I would die either way. So I would rather have the surgery with a better chance of life after that than not at all.”

So Karen applied to be on the transplant list. Doctors told her it could take up to two years to get her new lungs.

“I coughed up a massive amount of blood and they didn’t know if they could stop it… and like, that night, finally when it stopped, I remember, ‘I have to really think about my funeral.’ And I had to admit that to myself and then I had to talk to my family and say, like, ‘I know, in my heart, I don’t think I have two years left. So we have to do something.’”

But there weren’t any other options. At least, not until Dr. Nagendran’s team contacted Karen. “They said, ‘If we can use ex-vivo lung perfusion and save lungs that we would potentially never use before… would you be willing to do that?’ And I said yes, of course.”

Karen’s health continued to worsen, but there was nothing to do but wait.

On December 23, 2013, Karen got a phone call. The research team had found a pair of lungs from a donor who had died of a pulmonary embolism. These lungs should have been too damaged to be used in a transplant. But the team was able to remove the blood clots, and Karen underwent one of the most intensive medical procedures a person can endure.

“On Christmas Eve, I got my lung transplant. All of a sudden, my lungs that I was born with aren’t in my body anymore and I have somebody else’s lungs inside me… Every day, slowly, I got a little better and was able to do a little more. And I feel like there’s no real limits anymore, which is… which is amazing.”

When we interviewed her four and a half years after the procedure, Karen was in the best physical condition of her life. “I have lung function of 105% of what a woman my height and weight should have. So it’s just like… I went from, you know, 24%, on oxygen, sick sick sick, to a healthy woman with 105 lung percent.”

Unfortunately, Karen contracted the West Nile virus and passed away in 2018 before this video was released. But the extra time allowed her to spend every moment with her family.

“I’m healthy and for the most part I can take care of the kids and live a normal life… Before I didn’t even have the energy to enjoy half of life… I was kind of just surviving instead of living.”

Thanks to the participation of people like Karen, Dr. Nagendran’s research is continuing to have lasting effects today. [He says:] “It gives us an opportunity to assess organs that currently we think might not be suitable for transplantation but actually may be okay if we have the opportunity to show that they are actually usable.”

Karen’s hope was that her participation would one day help others with cystic fibrosis, too. “I still hope that for kids now, that are born with it, that they won’t have to go through what I did. That hopefully transplant won’t be the reality. That by the time that they get in their twenties when it really hits, that maybe there’s a cure or maybe a stabilizing drug… I’m just very thankful and honoured to be part of that.”

And we were honoured to have met Karen and been able to share her story.