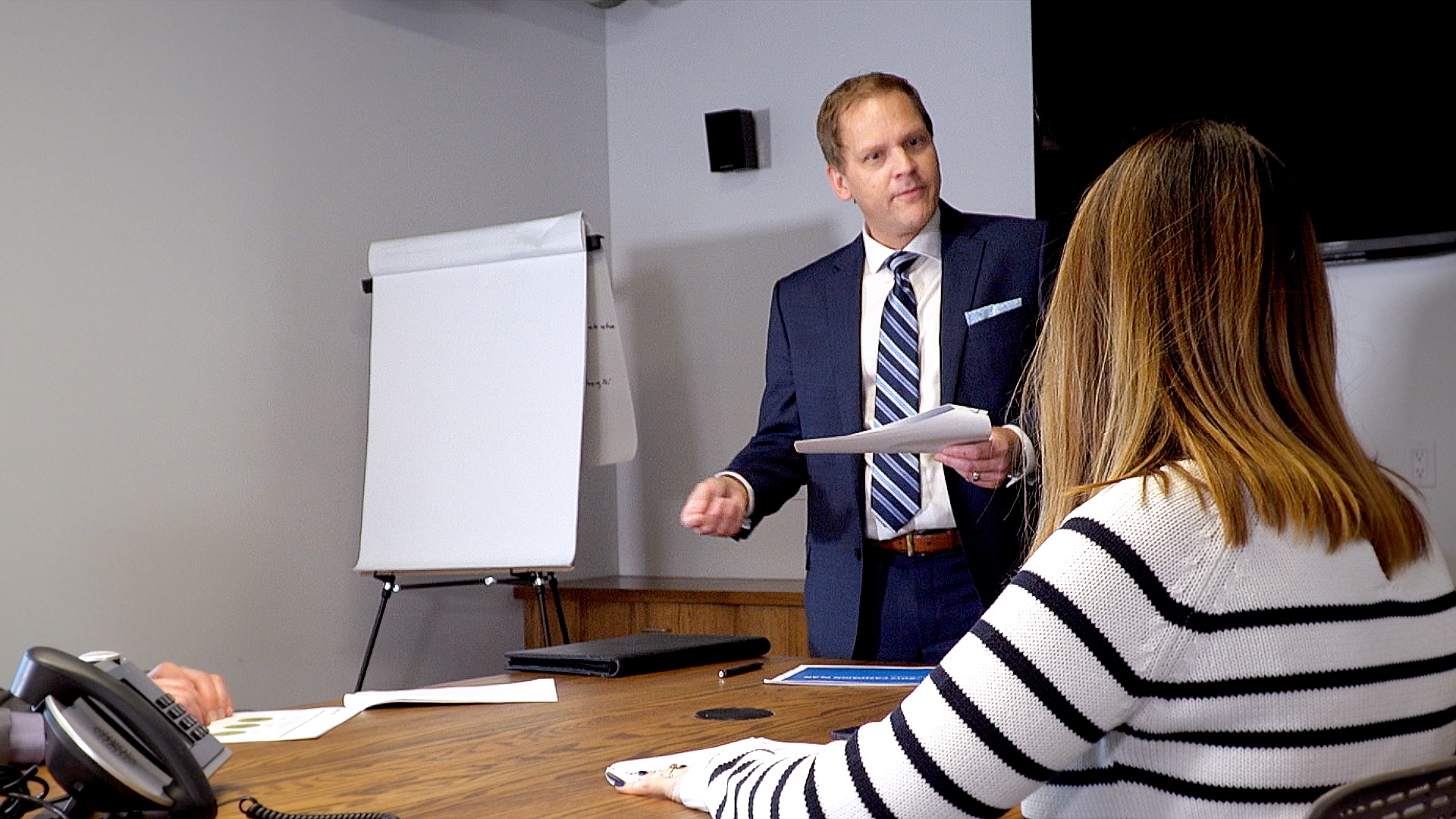 “There might be a cure out there around the corner.”

My name is Kerry Elliott. I work with Global television. I’ve been there just about 10 years now, working in media. I’m married, I have a wife. We don’t have kids; we have two parrots, which I find is fun, but probably almost as busy as kids, so it keeps us really, really occupied. We love to travel, ski, anything to do in the water. Water sports are great. We stay very active, but we’re also happy to be very lazy when we can.

I was diagnosed with diabetes when I first turned 15 years old, so we’re going back about 33 years now. I had started to feel really sick. We thought it was the flu at first. Finally my mother took me into the hospital and they diagnosed me with Type 1 diabetes. It was incredibly scary.

When you realize you’re going to have it forever, you get very angry. And I’ve encountered a lot of diabetics over the years at different clinics and things like that, and there’s often a fair amount of anger in the room. And it’s frustration, and it’s anger not really focused at anyone. It’s no one’s fault, but there’s just a lot of anger like, “Why do I have to deal with this? Why am I stuck with this the rest of my life?” It’s just such a big rock to have to push up the hill every day. I think that takes a while. You get to the acceptance area. You start really focusing on taking care of yourself and just move on.

Dr. Shapiro is the physician who’s heading up the islet transplant team and the stem cell transplant team. He’s a physician at the university. He deals primarily with transplants now but about 20 years ago got heavily into diabetes research. I met with Shapiro’s team. They talk about what they’re doing, is they’re taking stem cells that are programmed to turn into beta cells. Beta cells are the cells in the pancreas that create insulin.

With Type 1 diabetics, our antibodies, our immune system starts attacking beta cells and eventually kills them off. We can’t produce insulin. You’re now a Type 1 diabetic. What they’re doing is, they’re taking stem cells that are programmed to become beta cells. They’re putting them in protective containers and putting them just under the skin in our [bodies]. And I had two small ones in my arm, four small ones in the front of my abdomen, and two larger ones in my flank.

Then the next few months, over a three-month period, they took six of them out. So it was five more surgeries. They took the ones out in my arm and my abdomen so they could find out exactly how they’re reacting in my body. Is my body attacking it? Have they been damaged? Have they changed in structure at all? And are the stem cells in them still alive? If they are, are they starting to turn into beta cells? Is it working?

And they’ve taken the research, and although we’re dealing with infinitesimal amounts of cells, from what I understand, to some degree many of them are turning into beta cells and insulin-producing cells. So they are getting some positive research with this.

I was excited to get involved in this for a couple of reasons. One: I’ll be honest, any chance that there might be a cure out there around the corner, I’m excited to be a part of. Even getting a few weeks would be amazing. I knew going in, the likelihood that this phase would… likely that wouldn’t happen. But this was the first kick-off phase. This is the safety study, and what this allows them to do is find out, is this something that could potentially work in diabetics?

And with this research they can go on to phase 2, phase 3, and eventually, hopefully, cure diabetes with this. And it was just exciting to be a part of that, that maybe down the road they’ll have a cure for it, and I actually helped play even a small role in.

So I would say to anyone on the fence about this: go and meet with the team. Talk to them. Find out more about it. Talk to Shapiro’s team. Get my contact [information]; reach out to me. I’m happy to talk to you. I think it’s a great opportunity to really further the potential curing of diabetes.